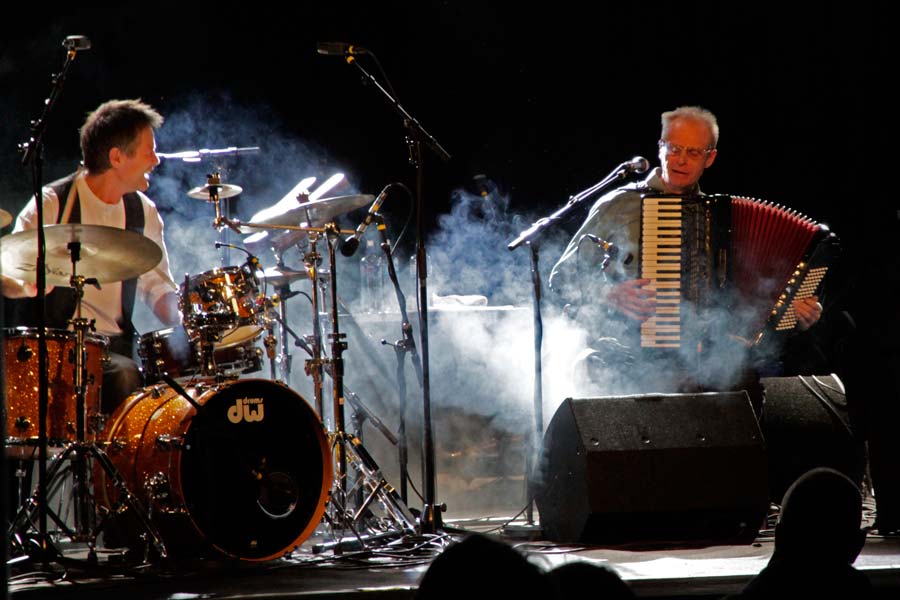 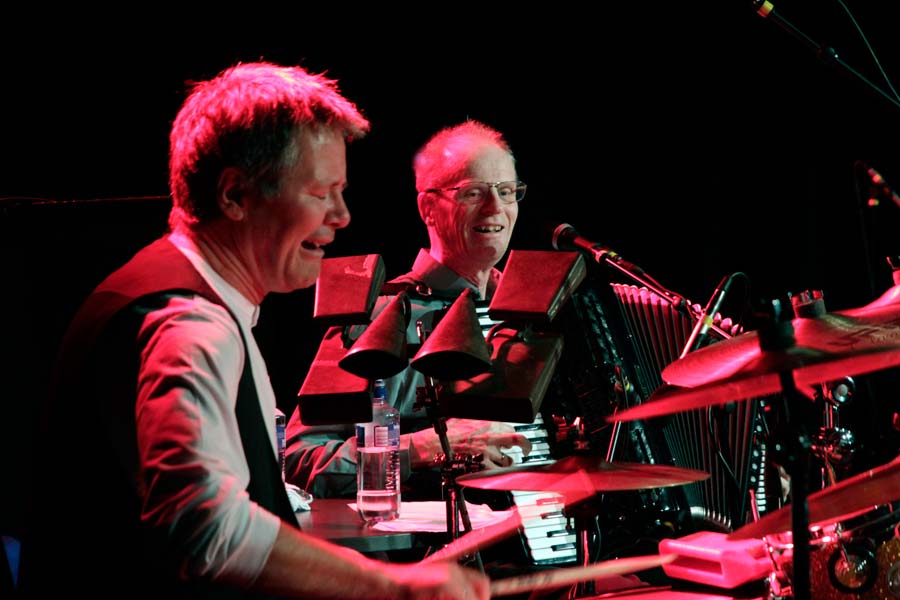 A decade into their tenure, MOTIF is still polishing the personal sound they have been meticulously shaping since the beginning, a sound labeled a.o. as “a remarkable combination of powerful writing, simpatico free play, and stylistic cross-pollination” (John Kelman, Allaboutjazz, on 2008´s “Apo Calypso”).

The musicians unite from the very core of the norwegian scene, from bands such as Bugge Wesseltoft’s NCOJ, Atomic, Free Fall, Christian Wallumrød Ensemble and Trondheim Jazzorchestra, and are all key players in the young European improvising scene.

In 2010, they released their 4th CD, the box set “Facienda, to rave reviews.
Their two last outings, 2008 ́s Apo Calypso, and 2010 ́s three CD box set “Facienda”, have both been released on Bugge Wesseltofts ́s JAZZLANDrec, to great reviews.

Atle Nymo (1977) In addition to IPA; a co-lead quartet with Ingebrigt Flaten, Magnus Broo and H.M. Johansen and bands like Juxtaposed, Atle is a much appreciated sessionmusician/soloist, for example with the Trondheim Jazzorchestra/Erlend Skomsvold/Chick Corea project. Nymo`s qualities as a saxophonist makes him a sought-after musician for a number of artists across Norway; like the infamous poet Jan Erik Vold, or as featured soloist for ensemble Denada, or tours with hit rock group Kaizers Orchestra.

Eivind Lønning (1982) Experienced in both jazz and classical, he has developed a very personal sound with unusual melodic qualities. His work with the duo Streifenjunko has led him to develop extended playing techniques for the trumpet, and he has performed with a lot of exciting Norwegian and foreign musicians over the last few years, like Tetuzi Akiyama and Keith Rowe. As part of Trondheim Jazz Orchestra he has performed with Joshua Redman and Chick Corea, and he has also performed comissions by Eirik Hegdal, Per Zanussi and Erlend Skomsvoll.

Ole Morten Vågan (1979) Has made a strong impact on the Norwegian jazzscene as a composer/arranger and bass player, notably with electropioneer Bugge Wesseltoft. He has performed with some of the key players in norway, like Tore Brunborg, Audun Kleive, Maria Kannegaard Trio, Håkon Kornstad, and international stars like Joshua Redman and John Scofield. After receiveing the prestigious Kongsberg Jazz Festival Prize in 2009, he presented in 2010 a new band, featuring Rudi Mahall, Axel Dörner, Fredrik Ljungkvist and Jon Fält.

Håvard Wiik (1975) – is a pianist who has the rare ability to pleasantly surprise his audience, every time he enters the stage, and always with a nerve that keeps you curious and impatient. Haavard is also a member of the Scandinavian hit quintet Atomic, his own trio (also out on JAZZLAND) and of the purely acoustic trio Free Fall, with clarinetist Ken Vandermark and bassist Ingebrigt Flaten.

Håkon Mjåset Johansen (1975) Håkon plays in a variety of acoustic jazzbands and big bands, for example Maryland (with Per Jorgensen and Maria Kannegaard), Magnus Broo ́s bass quartet, Håvard Wiik Trio, Ensemble Denada, Trondheim Jazzorkester featuring Chick Corea, all of which are recording groups. In 2001, he received the norwegian Grammy for Urban Connections debut album. Amongst other collaborators are Jan Garbarek. 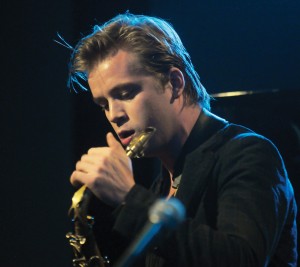 «A performance worthy of going down as one of the best at Cork in recent history. »

«on his way to be one of the biggest new draws on the circuit» (John Fordham, The Guardian)

«increasingly regarded as a major emerging voice on the European jazz scene, and this second disc more than justifies the acclaim that is coming his way « (Kenny Mathieson, Living Scotsman) 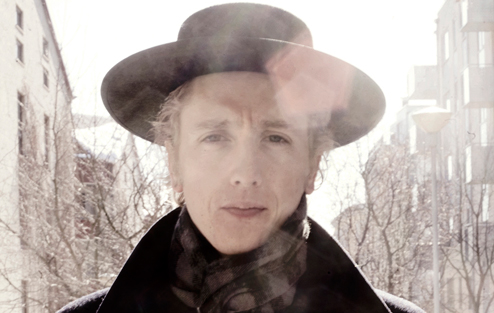 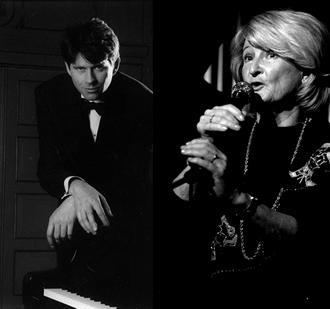 «From Ragtime to Our Time» 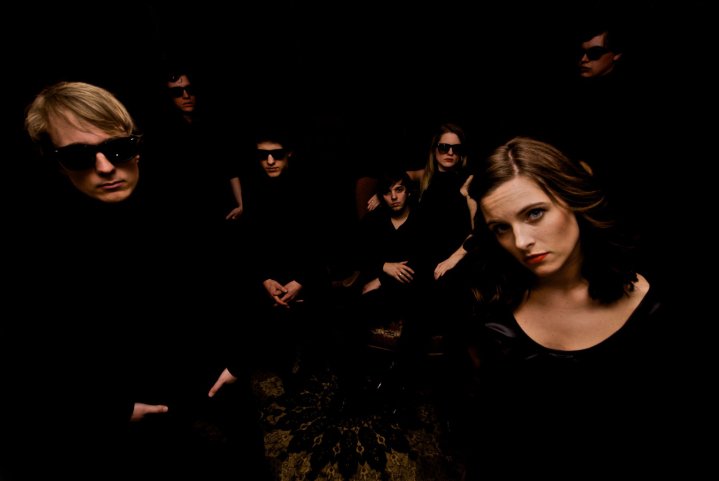 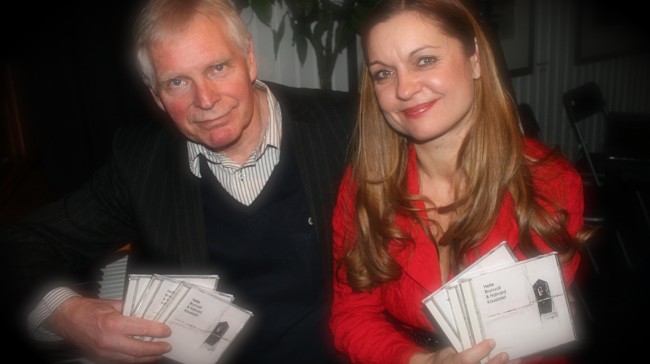